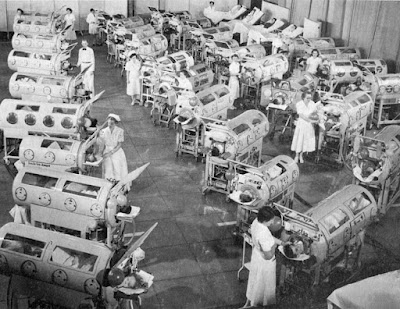 As the world struggles to recover from the Covid pandemic, it has been interesting to think back on earlier epidemics that have affected my life. As a small child, I received the smallpox vaccination and the polio sugar lump (Sabin) version, later a booster injection. These were two horrible diseases you seldom hear about anymore but that caused widespread death or disability and disfigurement. Polio was known at the time as Infantile Paralysis, but it didn't just affect children, although photos of them being confined to iron lungs were the stuff of nightmares.  Children in Iron Lungs, c. 1950 When I was born in the Nkana Mine Hospital in Northern Rhodesia [Zambia] just after World War II, a polio epidemic was raging in the vicinity. You can see Nkana in the centre of this map, from the Infantile Paralysis Foundation, that shows where it was concentrated, and the legend shows the number of cases per 100,000 population as being at the highest end of the scale.  My mother had an em
Post a Comment
Read more 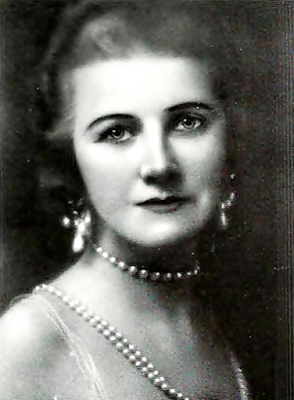 It didn’t take long for Gerald Purcell Fitzgerald to recover from the loss of Alice ( see Part I ).  Within months of her demise, early in 1899 he met American heiress Lida Eleanor Nicolls (b. 1875) on a train and married her in the Cathedral of St. Vibiana in Los Angeles, California on 1 March 1899. Three sons were born to the couple: John, in September of that year, and twins Gerald and Edward a year later in 1900. Lida Eleanor Fitzgerald, later Princess Lida of Thurn and Taxis It was obviously a stormy marriage and by August 1904 it was all over. The divorce documents available to read online extend to well over 80 pages and are full of savage and vitriolic accusations. Who to believe? Gerald’s affidavit states that Lida committed adultery with one Kenneth Macdonald in London on several occasions in 1904, as well as with another unknown man from whom she contracted a sexual disease. Lida countered saying that she had contracted the sexual disease from him , that Gerald had commit
Post a Comment
Read more 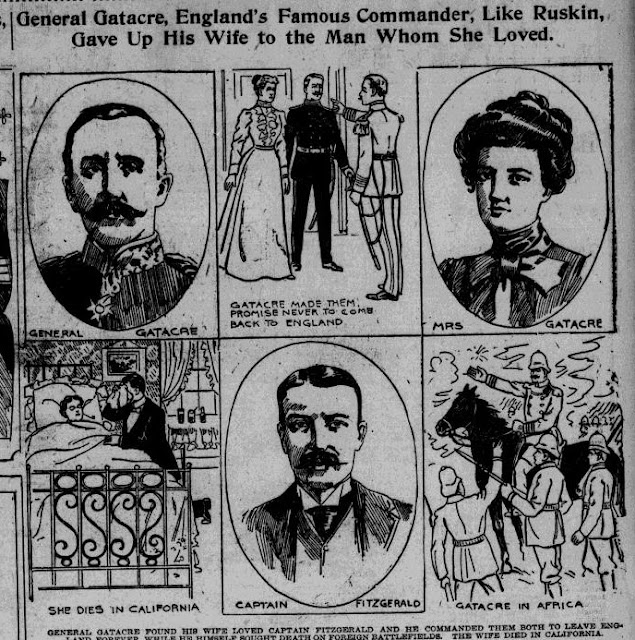 A general search for information on the early feminist South African writer, Olive Schreiner, ended up sending me off on a completely different tangent and new discoveries, which is one of the joys of this hobby. I had come across a highly melodramatic illustrated article from the Boston Sunday Post of 4 March 1900, with the headline “Two Love Stories that have Come Out of the Terrible South African War”, one sub-heading being, “Olive Schreiner, the Famous Novelist, Jilted by Cecil Rhodes, Became His Most Inveterate Enemy.”  (The idea of that Empire-builder, Cecil Rhodes , being romantically involved with any woman is fanciful. Rhodes was either totally asexual or a closet homosexual. While it is true that Olive was initially impressed with him, she became disillusioned with his ruthless character and ambitions and did everything she could to discredit him. Her famous book Trooper Peter Halket of Mashonaland is worth reading to gain an understanding of her views.) But I digress - S
Post a Comment
Read more 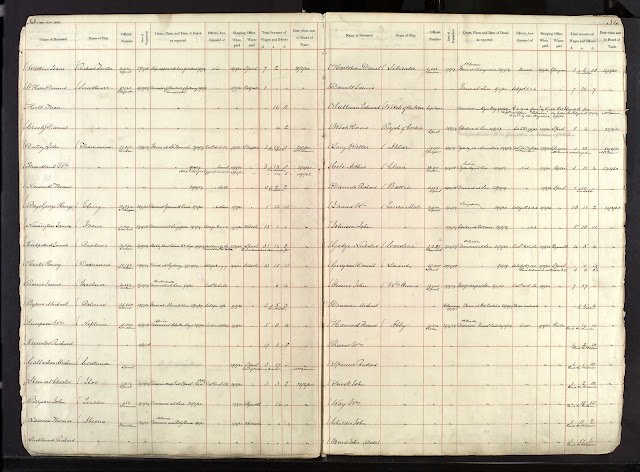 As with my earlier posts in this series, the research into a single sailor who died in unusual circumstances in 1859 has drawn me into a rabbit warren of other intriguing individuals and historical events about which I had previously known nothing. For me it’s never time-wasting, but a wonderful cornucopia of discovery and education. This time, I’ve delved into the background of one of Africa’s first black bishops, a Liverpool shipowner who was against the slave trade, an Irish captain who started a navigation school in San Francisco, a British colonial administrator who became governor of the Leeward Islands and Newfoundland and, not least, a fair amount of the British Empire’s mid-19th Century gunboat diplomacy. (1) Back to my sailor who had the not uncommon name of James Kirkpatrick. As he died in 1859 and without his age, home address (possibly Liverpool) or easy access to the log book of the vessel in which he served or other shipping company personnel or consulate records of the
Post a Comment
Read more 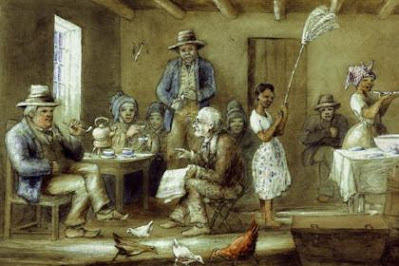 It is always exciting when genealogical enquiries into a single individual end up providing enough background material for a fabulous (and true!) family saga of international proportions. In this case, my path has led to a former Germanic state to the colonial trading hub of Batavia in the Dutch East Indies, to the Cape of Good Hope in the Napoleonic era where slavery had become intertwined in the business and personal relationships of the day. I lingered a while in Victorian London’s East End and then tracked ships on passages to India and carrying immigrants to Australia and New Zealand. This all culminated in the mysterious disappearance of a vessel carrying gold with the modern equivalent value of at least Five Million Pounds Stg in the lonely expanses of the Southern Ocean. This is the background to the life of Captain Richard Wrankmore, one-time Master of the ship Derwentwater and who was a witness in the 1858 Tasmanian coronial enquiry into the death of the ship’s surgeon, Dr.
Post a Comment
Read more

On browsing the Register for 1858, one entry caught my eye due to its more expansive than usual explanation as to the cause of death, i.e. lost on a mountain. However, on noticing that the man’s name was the ubiquitous “John Smith” I thought he would be impossible to research but I was swiftly proved wrong.  Entry shows John Smith of the vessel  Derwentwater , ex London on 7 August 1857, was due £7.6s.1d. in wages. This John Smith has a memorial to his passing, high among the rocky slopes of brooding Mount Wellington that towers over the city of Hobart in Tasmania.  An inquest and other reports of his death in  TROVE  and the British Newspapers Archive  give further detail. In particular, this research document by Maria Grist fleshes out the whole sad story. Smith's Monument, copyright Tas Trails Looking into the genealogical resources and with his common name I am unable to confirm with any certainty which John Smith he is born around 1821. His last known address was in  Queen S
Post a Comment
Read more 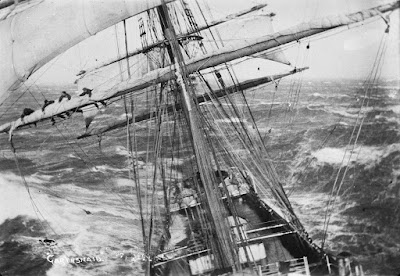 All family history enthusiasts will be aware that some records make for more interesting study than others. One can plough through long lists of official births, deaths and marriages that show little beyond the names of the individuals, the place and dates of the events and – unless already known to the researcher – one may never get any real sense of the stories behind any of them. However, there are other lists that immediately present intriguing tales on every page and these can be a marvellous distraction into the by-ways of history. One of these is the The Register of Wages and Effects of Deceased Seamen , a component of the UK Registers of Births, Deaths and Marriages at Sea 1844-1890.   As the world staggers towards recovery from the Covid pandemic, it is worth reminding ourselves that although modern science and medicine have combined to save millions of lives, humanity will always face risks from infections and diseases, accidents and disasters. Within the pages of the Deaths
Post a Comment
Read more
More posts